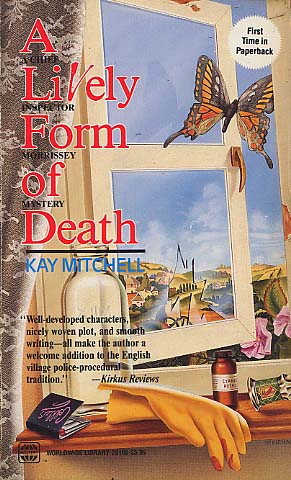 Marion Walsh, the town's local femme fatale, loses her housekeeper to a bottle of poisoned milk--a bottle most likely intended for her. Helen Goddard, whose husband, Robert, had been shamelessly seduced by Marion's charms, is the logical suspect, especially after Marion is brutally murdered.

But Chief Inspector Morrissey begins to sense something twisted and evil, some-thing beyond the obvious love triangle everyone seems willing to accept--particularly after a convenient suicide and confessional note.

A killer has gotten away with three near-perfect murders--perhaps more as the trail leads back to an unsolved case of missing boys...and to a hideous mesh of perversion, blackmail and deadly secrets.