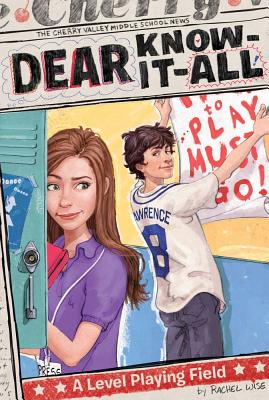 Share:
A middle-school star reporter has a tough time taking a stance on a story when her cowriter is also her crush.

Samantha really enjoys writing for her school newspaper, particularly when she's assigned to write with Michael Lawrence, who happens to also be her crush. She's thrilled to work with him -- but less thrilled to realize they disagree on how the article should be written. The topic is whether students should pay for extracurricular activities, such as sports, and Samantha thinks it's a good idea. After all, baseball isn't as important as math or language arts, she argues. But try telling that to the star pitcher on the school's baseball team! Maybe Samantha's headline should be Trouble in the Newsroom!

All's not fair in love and journalism in this newsworthy addition to a tween-savvy series.