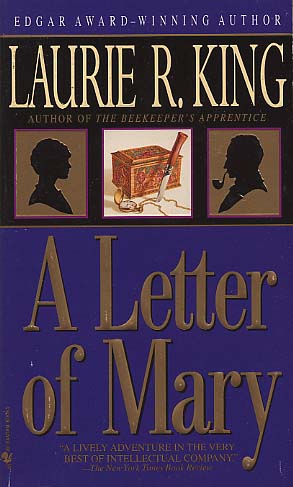 Share:
Late in the summer of 1923, Mary Russell Holmes and her husband, the illustrious Sherlock Holmes, are ensconced in their home on the Sussex Downs. giving themselves over to their studies: Russell to her theology, and Holmes to his malodorous chemical experiments. Interrupting the idyllic scene, amateur archaeologist Miss Dorothy Ruskin visits with a startling puzzle. Working in the Holy Land, she has unearthed a tattered roll of papyrus with a message from Mary Magdalene. Miss Ruskin wants Russell to safeguard the letter. But when Miss Ruskin is killed in a traffic accident, Russell and Holmes find themselves on the trail of a fiendishly clever murderer. Clearly there was more to Miss Ruskin than met the eye. But why was she murdered? Was it her involvement in the volatile politics of the Holy Land? Was it her championing of women's rights? Or was it the scroll--a deeply troubling letter that could prove to be a
Biblical bombshell? In either case, Russell and Holmes soon find that solving her murder may be murder itself.