A Lady in Disguise — Jacqueline Diamond 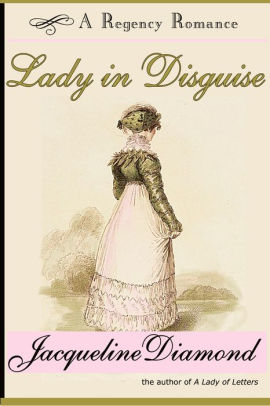 Share:
Lady Victoria Courtney has abandoned hope of winning the heart of the dashing Richard, Marquis of Lansdon, although their mothers planned that they would someday marry. Then, while on a journey to Ipswitch to meet her new stepmother, Victoria is mistaken for a woman of the London stage and the mistress of Richard's friend Henry. Moreover, Henry, being unexpectedly called back to London, has arranged for Richard to meet and entertain his mistress until his return. What high-spirited young lady could resist the temptation to play along? Imagine Richard's chagrin when he begins falling in love with this most unsuitable woman, and Victoria's embarrassment when she's charged by a local dowager with employing her acting skills in a play being staged for charity.