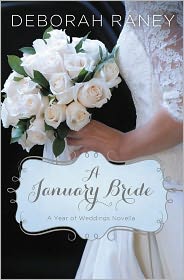 Who can work in a house that's overrun by contractors and carpenters? Not Madeleine Houser, a successful novelist who gladly accepts the help of her octogenarian friend, Ginny, to arrange for a temporary office in the charming bed and breakfast owned by Ginny's friend, Arthur. Maddie's never met the innkeeper - but a friendship grows between them as Maddie and Arthur leave messages for each other each day. To Maddie's alternate delight and chagrin, she seems to be falling for the inn's owner - a man who's likely many years her senior - and who she's never even met.
Reviews from Goodreads.com