A Husband Made in Texas — Rosemary Carter 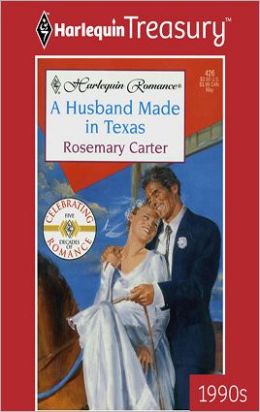 Married to the man?
Flynn Henderson was all rancher, from the top of his Stetson to the tip of his boot. What came in between those boots and hat would make any woman's mouth water. Flynn was intent on one thing: revenge. Five years ago he'd sworn he'd only return to the Mullen ranch when he owned it. As far as he was concerned the Mullen's deserved everything they got, and that included their headstrong spoilt daughter. Kaitlin was going to be nothing but trouble to any man foolish enough to try and marry her. But, darn it, she was sexy.
Reviews from Goodreads.com