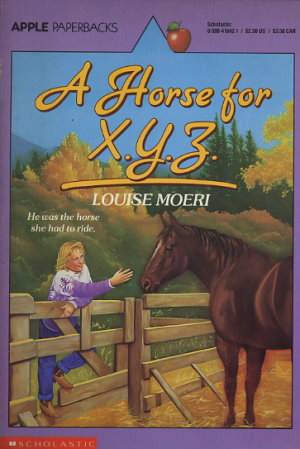 COULD THEY OUTRUN FOUR THIEVES ON HORSEBACK?
Solveig simply refused to leave camp until she had ridden Snake Dancer. He was the most beautiful horse she had ever seen. So the first chance she got she slipped off the bus. In her imagination she was Xenia Y. Zilch, ready to accept a dangerous mission. She would take Snake Dancer for a gallop before the bus came back for her -- and she'd be as brave as X.Y.Z.

Then for some reason the bus didn't return. And now she had more to worry about than a scolding. Four men with a gun were chasing her -- and they wanted Snake Dancer. The horse was so hard to ride Solveig wasn't even sure she could stay in the saddle. Could she save herself -- and the horse -- from the thieves?
Reviews from Goodreads.com