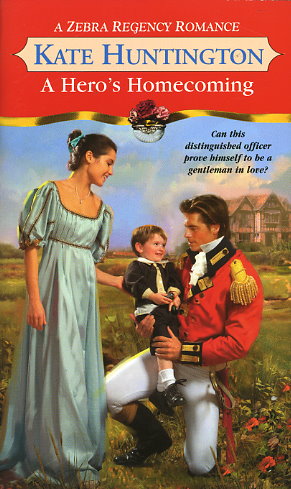 A SURPRISING DEVELOPMENT
Captain Philip Lyonbridge went into the army to convince Isabella Grimsby he was no longer a wastrel, and he cannot wait to witness the melting admiration in her eyes now that he has returned a war hero. Yet Isabella seems oddly taken aback to see him again--and one glimpse of her two-year-old "nephew" makes the reason clear. There can be no doubt that Jamie is Philip's son, and he resolves to make an honest woman of Isabella, ignoring his father's protestations that the flighty little baggage is an unsuitable match.

AN ENDURING LOVE
Raising her young son while Philip was missing in action changed Isabella from a frivolous debutante to a mature young woman. She will marry Philip for Jamie's sake, but as for letting him into her heart again...never. But her staunch resolve has met its match in the guise of Philip's slow, sensual courtship. And surrendering her heart may provide Isabella with the greatest triumph of all--a love beyond compare.
Reviews from Goodreads.com