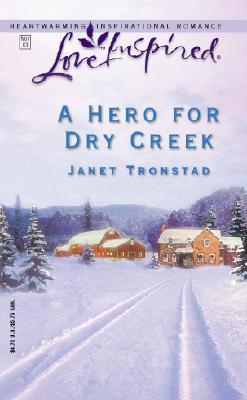 Was it all a beautiful dream? Maybe Nicki Redfern was still asleep, but it looked as though a handsome prince stood outside her window. Had God finally heard her quiet prayers to be swept away into the land of sweet, romantic love and divine faith? Only one way to find out!

While acting as chauffeur for a former Dry Creek resident, Garrett Hamilton fell hard for Nicki. The cute rancher made his heart quiver, but he felt compelled to return to his ho-hum existence. With his mission now complete, Garrett faced the struggle of his life -- could he live without Nicki Redfern or did he actually deserve true love and happily-ever-after with this special woman?
Reviews from Goodreads.com

First of all, I'll just say that you have to take the attitude of "this could never happen in real life" before even beginning this book. After all, the entire book (apart from the epilogue) happened in less than 48 hours. The couple met, fell in love, and became engaged.

This fast-paced, non-boring story started when Nicki saw a man dressed in a tux standing outside her door. In a daze, she thought she was imagining things, but reality soon hit her when she figured out the man was playing chauffeur for Nicki's long lost mother. Nicki is instantly attracted to Garrett Hamilton, but appalled that her mother would show up after all these years.

Throw it a lot more drama: Garrett's cousin wedding in Vegas, Reno's return, he mother's revealing the truth and re-starting an old tradition, and the hilarious assumption that Garrett had ridden into town and was planning on marrying Nicki, and you have an interesting book. Reading this, I knew it was just a story ant that's okay. After all, there's always something magical about Dry Creek!