A Hatred for Tulips — Richard Lourie 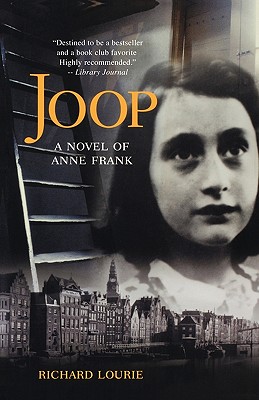 Share:
"People who don't have secrets imagine them as dark and hidden. It's just the opposite. Secrets are bright. They light you up. Like the bare lightbulb left on in a cell day and night, they give you no rest."
So thinks Joop, the narrator of this brief and bitter tale, whose secret is like no other. He has kept that secret for more than sixty years, but now his brother---whom he has not seen since the end of the war---has suddenly shown up at his door.
Having grown up in North America with only the vaguest memories of World War II, Joop's brother has returned to Amsterdam to find out what his childhood in Holland had been like. But what he discovers is much more than he bargained for---he is startled and dismayed to learn of his own role in the betrayal of Anne Frank.
Transporting readers through the agonizing Nazi takeover of World War II, Joop recounts his role as a boy desiring to feed his starving family. He figures out a way to provide for them, but in doing so, he sets in motion a chain of events that will horrify the entire world.
Just as he did in the internationally acclaimed The Autobiography of Joseph Stalin, here Richard Lourie takes us into not only a person's mind, a time, and a place, but into the treacherous currents of history that sweep lives away. This gripping fictionalized account of the man who betrayed Anne Frank will not soon be forgotten.