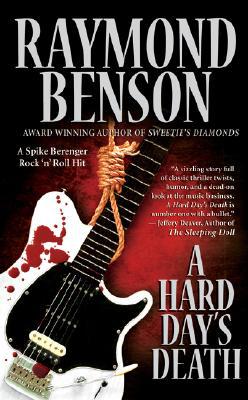 It wasn't Peter Flame's best concert. His tour manager thought the aging rock star--once as big as Bowie or Lennon--seemed a little distracted. But when the manager stopped by his town house later that night, Flame was a lot worse than distracted--he was dead. It looked like Flame had hanged himself, but the coroner ruled it a homicide. Now it's up to Spike Berenger and Rockin' Security to find out who killed Flame...and why.

Was it his ex-wife? A former bandmate? A religious cult that had become Flame's groupies? A member of one of the mysterious rock 'n' roll gangs terrorizing New York? With so many potential suspects and so many possible motives, only a rock 'n' roll insider like Spike could hope to wade through the rumors and the legends and find the cold hard facts...and a cold-blooded killer.
Reviews from Goodreads.com