A Gentleman in Love — Barbara Cartland 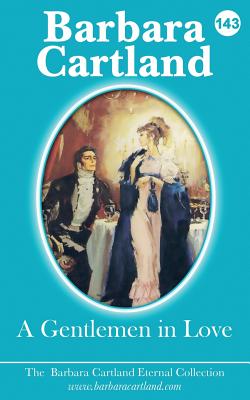 Share:
Thalia walked slowly across the lawn, through a rose garden, to the lily pond. "It is a place for lovers," she thought instinctively. Then she drew her breath as if the thought stabbed her like a sharp dagger.

"You are not crying, Thalia?" came an unexpected voice. It was the Earl of Hellington, standing beside her, his grey eyes holding her captive. Then he pulled her into his arms, holding her close against him. She was trembling with the ecstasy he had evoked in her and she thought he was trembling too. Then he was kissing her wildly, passionately, and a fire leapt within them both, until Thalia seemed to break under the strain of it and she hid her face against his shoulder. ''How soon will you marry me?" he asked at last.