A Gamble With Hearts — Barbara Cartland 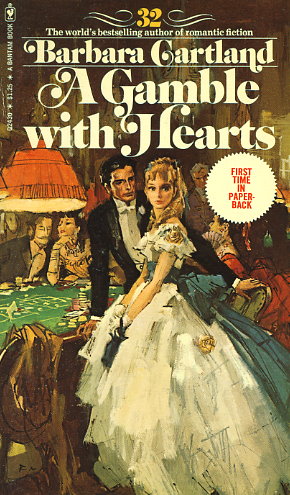 Granted he had saved Selina from a most unsavory predicament, but now he was forced to look after the girl. Quintus was on his way to fashionable Baden-Baden, pursuing his livelihood at the gaming tables.

The casinos were no place for Selina. Her beauty would only prove a costly distraction. Her reputation would suffer from exposure to the spa's more disreputable patrons.

Quintus resigned himself to the inconvenience. After all, Selina had given him her word of honor that she would accept the first suitable offer of marriage.

It was a promise his lovely traveling companion would live to regret.