A Flood of Love — Tracie Peterson 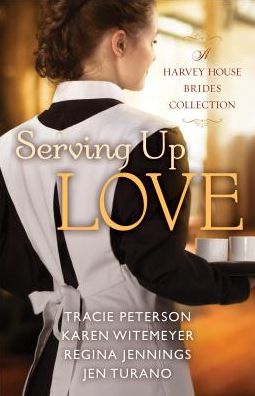 After traveling the West for the past ten years, working as a Harvey House girl, Gretchen Gottsacker learns her next assignment puts her back in the town of her childhood. She quickly forms a friendship with a precocious girl named Katiann, until one of their visits leads her face to face with Katiann's father--the man who abandoned Gretchen on the eve of what she was sure would be a marriage proposal. Now a widower, Dirk Martinez is intent on gaining her trust and forgiveness. Can she risk getting swept up in their strong attraction once again, or will the danger of an impending flood decide her future for her?