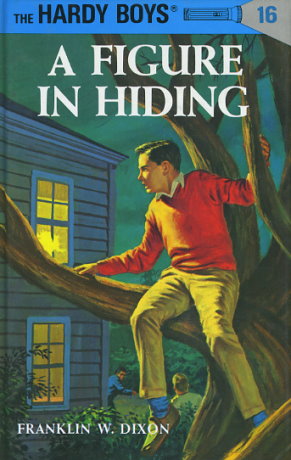 Share:
A blind peddler's warning and a weird glass eye plunge Frank and Joe Hardy into one of the most baffling cases they have ever tackled.

The young detectives' investigation takes them to a walled estate guarded by savage dogs, where a wealthy businessman is hiding out in fear of his life. Later, a midnight telephone tip leads to a strange encounter on a lonesome hillside -- and a hair-raising escape from death at the bottom of Barmet Bay.

The theft of a valuable Oriental idol called the Jeweled Siva, a daringly designed hydrofoil speedboat the Sea Spook, the strange disappearance at sea of a prime suspect, and a walking mummy all figure excitingly in this complex case.

In a climax that will hold the reader spellbound with suspense, Frank and Joe find themselves trapped in a sinister house of mystery from which there seems to be no escape!