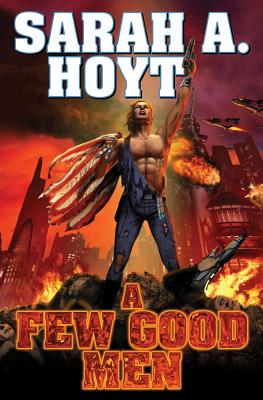 Share:
The son of a ruler on Earth instigates civil war and revolution when he attempts to take the place of his assassinated father and uncovers a terrible secret that has been used to enslave humanity.

On a near future Earth, Good Man does not mean "good" at all. Instead, the term signifies a member of the ruling class, and what it takes to become a good man and to hold onto power is downright evil. Now a conspiracy hundreds of years in the making is about to be brought to light when the imprisoned son of the Good Man of Olympic Seacity escapes from his solitary confinement cell and returns to find his father assassinated.

But when Luce Keeva attempts to take hold of the reins of power, he finds that not all is as it seems, that a plot for his own imminent murder is afoot--and that a worldwide conflagration looms. It is a war of revolution, and a shadowy group known as the Sons of Liberty may prove to be Luce's only ally in a fight to throw off an evil from the past that has enslaved humanity for generations.