A Family For Daniel — Anna DeStefano 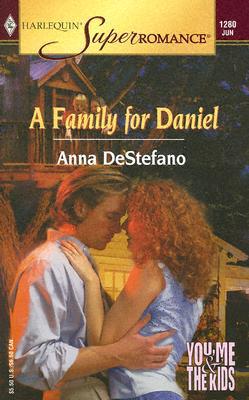 Share:
Ten-year-old Daniel has had a rough year. His mother's unexpected death has landed him in a small South Carolina town, in the custody of his uncle, elementary school principal Joshua White. Josh is a pro when it comes to dealing with other people's kids, but he can't get through to Daniel.

The only other child in the school who's having a worse time is Daniel's classmate Becky. Her mother, Amy Loar, left a troubled marriage and is now fighting to rebuild her career in Atlanta while Becky stays with her grandmother in Sweetbrook.

Amy and Josh were friends as teenagers...with a hint of something more. Now they find themselves thrown together as they try to help Becky and Daniel. Coming together as a family would be the best thing for the children -- but can Amy ever trust a man again?