A Falcon for a Queen — Catherine Gaskin 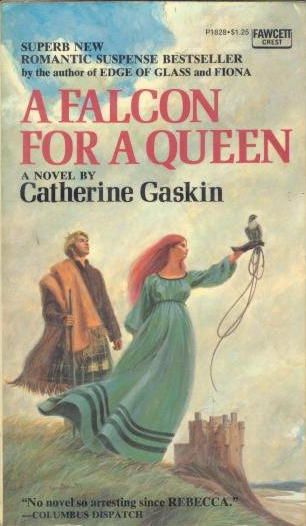 It's a long way to come from China to the depths of the Scottish Highlands for the sake of a few words splashed in confused Chinese script down the side of a scroll with a drawing of a bird perched on a bare willow bough.

But this cryptic message was what brought lovely young Kirsty Howard to Scotland, back to the ancestral home, Cluain, and to the grandfather she had never met. For these words were her brother's last and Kirsty was determined to find out the truth about his death. Was it an accident as she had been told? Or was it something deliberate…like murder?