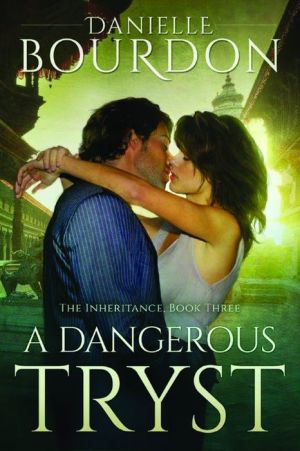 Madalina Maitland is on the run again -- and this time, it's personal.

Abducted by men who believe she knows more than she's telling about the two remaining stone dragon figurines, Madalina is taken to an exotic yet isolated locale…where she discovers she's not the only hostage. The stakes are higher than ever as Madalina's daring escape plan turns into a rescue mission.

Meanwhile, her boyfriend is already hot on her trail. Private security specialist Cole West, along with his loyal brothers, will travel to the ends of the earth to rescue Madalina -- or die trying.

In this sexy, thrilling conclusion to Danielle Bourdon's Inheritance series, Madalina and Cole realize survival isn't just about evading the bad guys. Any hope for a peaceful life hinges on tracking down the artifacts at the heart of the conspiracy and returning them to their rightful owner.

Taking readers from the carefree beaches of California to the politically volatile villages of Nepal, "A Dangerous Tryst" proves that nothing fans the flames of passion quite like a healthy dose of danger.
Reviews from Goodreads.com 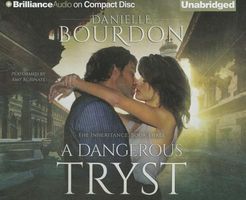