A Crime in the Neighborhood — Suzanne Berne 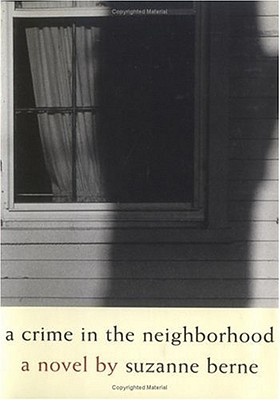 A New York Times Notable Book. Set in the Washington, D.C., suburbs during the summer of the Watergate break-ins, Berne's assured, skillful first novel is about what can happen when a child's accusation is the only lead in a case of sexual assault and murder. A BOOK -OF-THE-MONTH CLUB and QUALITY PAPERBACK BOOK CLUB selection.
Reviews from Goodreads.com

I was disappointed with this book. It was listed as one of the top 10 crime novels by Kirkus Reviews, so I expected it to be good. It was OK, but not fantastic and the ending was left up in the air. The premise behind this book set in Washington DC in the 1970's is the effect that a murdered twelve-year-old child has on the entire neighbourhood. It was a hot summer in 1972 when young Boyd Ellison went missing. His body was found a day after, and the entire neightbourhood is put on an alert. It's the first time a violent crime has occurred in this quiet suburban neighbourhood. The story is told through the eyes and voice of young Marsha. Marsha is only 9, but she's an observant child, and she takes on a surveillance of her strange new neighbour, and becomes convinced that he was the one who killed Boyd. Marsha and her family are going through some difficulties of their own as their father has just recently left his home and left the area. Marsha's mother is trying to hold what remains of her family together when this crime occurs. Ms. Berne depicts 1970's suburbia very convincingly. It was like going in back in time reading about summer and all the things that occur in neighbourhoods in the summer. Her character development is good as well, but unfortunately I found it difficult to like any of the characters in the book. Even young Marsha's character and her intentions come into question. There is never any resolution to the case, and there is no happy ending to this book. In fact, I felt vaguely depressed when I finished. That is never how I want to feel when I finish a book.