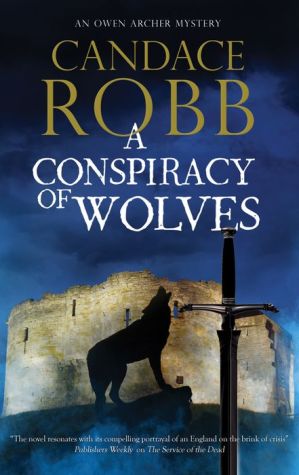 When a prominent citizen is murdered, former Captain of the Guard Owen Archer is persuaded out of retirement to investigate in this gripping medieval mystery.

1374. When a member of one of York’s most prominent families is found dead in the woods, his throat torn out, rumours spread like wildfire that wolves are running loose throughout the city. Persuaded to investigate by the victim’s father, Owen Archer is convinced that a human killer is responsible. But before he can gather sufficient evidence to prove his case, a second body is discovered, stabbed to death. Is there a connection? What secrets are contained within the victim’s household? And what does apprentice healer Alisoun know that she’s not telling?

Teaming up with Geoffrey Chaucer, who is in York on a secret mission on behalf of Prince Edward, Owen’s enquiries will draw him headlong into a deadly conspiracy.