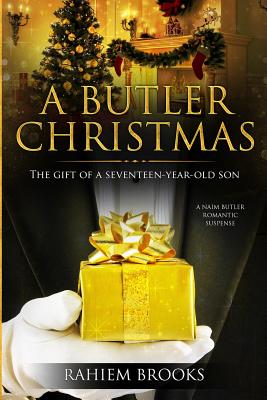 "A truly riveting read from cover to cover, "A Butler Christmas" is a carefully crafted novel by a master of the genre."--Midwest Book Reviews"Brooks s clunky first Naim Butler contemporary romantic thriller has strong characters...The well-developed relationships among the characters propel the story until the addition of suspense very late in the book..."--Publishers Weekly"A Butler Christmas delivered. Mission accomplished. It took me away to the city and enjoying the view from Naim’s multi-million dollar home. I never found the story predictable, and had to keep turning the pages to see where we would go from that first jog along Central Park. Brooks’ writing style is not over wordy and kept a good pace."--UrbanFiction.OrgNaim Butler, a rainmaker, has perfected the art of sentencing mitigation, as a partner with Manhattan power-firm, Baker and Keefe. He's the kind of captivating and accomplished man that therapists vent too. His bachelorhood is turned upside down when an old flame, Sinia Love, drops a seventeen-year-old son into his lap forcing him to balance this revelation and his budding romance with Brandy Scott. Professionally, Naim's assigned to prove a man's innocence of murder is filthy work itself, but catastrophic when an envious lover of Sinia Love's sets out to kill him while hiding amongst the glitterati of Manhattan's upper crust.
Reviews from Goodreads.com