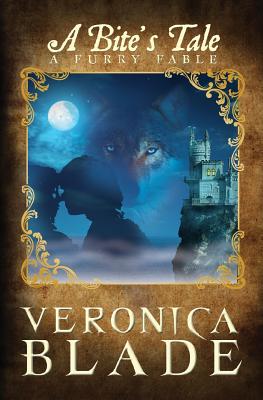 A Cinderella who spends her nights as a wolf. A prince with a taste for blood.

Seventeen year old Cydney struggles against her werewolf nature, trying to keep everyone around her safe. No way will she risk exposing the beast at the prince’s ball, no matter how her two cousins try to persuade her. As she attempts to carve out some semblance of a life, Cydney can’t forget the boy she loved three summers ago — or what she did to him after losing control.

Turned into a vampire to save his life, the prince refuses to live up to his royal duties. He just wants to find the girl he loved and lost...the werewolf girl who bit him. But his father, the king, commands him to attend a ball where he must choose a wife. Can he find his Cinderella before he's forced to marry another? He doesn’t even have her real name, much less a glass slipper.

EXCERPTIf I’d known it could be like this and that she’d wanted it too, I would’ve kissed her ages ago. I mentally kicked myself for wasting all those weeks when we could’ve been doing this the entire time.

Her hand crept up under my shirt and her fingers trailed along my back. Goosebumps danced on my skin. She pressed closer against me and I took the kiss deeper, letting loose my weeks of pent up craving for her.

I didn’t think life could get any more perfect than being with Cindy. And I no longer yearned for a normal life. I wanted things to stay exactly as they were at that moment. With my Cinderella.

A soft moan erupted from my throat when she angled her face to take the kiss still deeper. I slid my arms around her waist and the tips of my fingers inched up underneath her tank top.

But it wasn’t a usual shiver. Her whole body began to tremble and I nearly lost my hold on her. I pulled back. Cindy’s eyes grew huge and her pupils dilated.

She threw her head back, her limbs vibrating as she growled.

No, not a growl. It was more like a dull roar, full of pain and anguish. Was she… was my Cindy about to turn into a werewolf? Or was it something else? Maybe if I held her again, whatever was happening to her might stop. I lunged for her.

“Get away from me!” Sobbing, she shoved me back, but in the process, one of her claws raked across my chest.

I flinched, as blood beaded on my skin. A little scratch wasn’t going to stop me though. Not when Cindy needed my help. I stepped forward again.

Her lips curled up, exposing long, growing teeth and she shrieked. Yeah, she’d hit werewolf maturity all right. But she hadn’t completely morphed. Just her teeth and nails. Maybe if I calmed her, she could prevent it from progressing. I wrapped my arms around her waist, as I’d done just moments ago, and pulled her close.

She shrieked again, then searing pain shot through my arm.

Werewolf bite. Oh, crap. My dad was going to kill me… unless the werewolf virus beat him to it.

The forest spun around me and I couldn’t keep my eyelids up. My muscles went lax and when the ground rose to slam against me, I didn’t feel a thing.

PRAISE FOR VERONICA BLADE'S OTHER WORK:
madmoosemama.blogspot.com: “The dialogue and emotions are real and raw, there are some expletives and sexual fantasy scenes but I felt they worked with the characters and gave them more of an edge to their creation. Oftentimes the author used comedic wit to the scenes giving it an even more humanistic appeal to the characters.”

agrippinalegit.com: “I have a feeling that Hayden is going to end up with a lot of fans, and if you're the type of person who tends to fall for the bad boys with hearts of gold, you should probably brace yourself for a new literary crush before picking up Something Witchy This Way Comes!”
Reviews from Goodreads.com