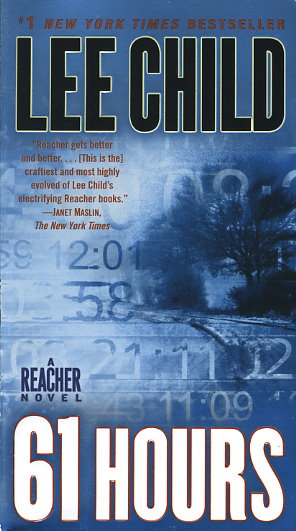 A bus crashes in a savage snowstorm and lands Jack Reacher in the middle of a deadly confrontation. In nearby Bolton, South Dakota, one brave woman is standing up for justice in a small town threatened by sinister forces. If she's going to live long enough to testify, she'll need help. Because a killer is coming to Bolton, a coldly proficient assassin who never misses.

Reacher's original plan was to keep on moving. But the next 61 hours will change everything. The secrets are deadlier and his enemies are stronger than he could have guessed -- but so is the woman he'll risk his life to save.

As I was reading this best seller from Lee Child, something was bothering me. Then I remembered reading his novel, "Killing Floor," and was surprised by the many plot similarities between the two books.

In both novels, Reacher is helping the overwhelmed police department in a small town. In "Killing Floor," it is in Margrove, Georgia. In "61 Hours," the action is in Bolton, South Dakota.

Both stories have only two members of the police department helping Reacher. In "Killing Floor," he's helped by Capt. Finley, second-in-command, and Officer Roscoe. In "61 Hours," Reacher feels that his allies are Chief Holland and Andrew Peterson, second-in-command.

Both stories have Reacher calling the Washington, D.C. area for assistance about the criminals. In "Killing Floor," he calls his brother's division of the Treasury Dept. In the current novel, he calls the Commanding Officer of an elite military group, a group Reacher, himself, had commanded. The group is located in Rock Creek, Va.

There is a deadling that plays a prominent role in both novels. In "Killing Floor," the crime must be solved by the following Sunday when the Coast Guard will be making some changes. In "61 Hours," we know by the title that there is an event that must be figured out before that time elapses.

In both cases, the town where the action takes place, did something that made the crime easier. In "Killing Floor," a corporate owner bought land for his scheme and began giving the merchants a weekly payoff. This made the town look the other way if anything adverse took place concerning his employees. "61 Hours," has a prison built in the town land. The town had to give certain consessions and promises to get it built there. Now these promises could compromise their ability to do their job.

In Killing Floor," Reacher is helping the family of Paul Hubble. In "61 Hours," he's helping a witness, Janet Slater, who observed a drug transaction and is willing to testify.

I enjoyed both novels but feel that "Killing Floor," was much more superior due to the originality of the story. I always enjoy reading about the manner that Jack Reacher takes charge and his bravery, strength and loyalty.

The books were written thirteen years apart so who knows what the author was thinking. Regardless, Lee Child is one of the best story tellers and thriller writers in fiction. 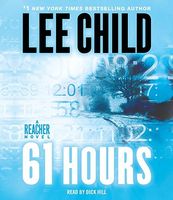 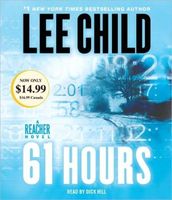