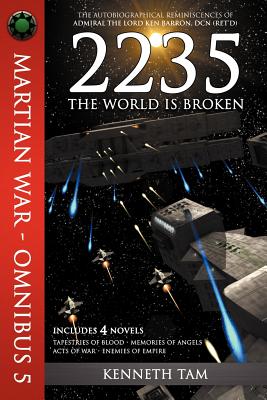 
This final omnibus of the Martian War series recounts the return of Grant Merger, the notorious enemy of the Empire. After Karen McMaster is made the victim of a merciless attack, Ken Barron sets out to destroy Merger -- who was once his dearest friend -- and in so doing uses the might of the Earth Empire indiscriminately against the Union of Solar Asteroids, a new government harboring Merger and other villains. Told by Barron with his usual candidness, 2235: The World Is Broken reveals how much damage one man can do, when allowed to wield great power in the service of a personal vendetta.