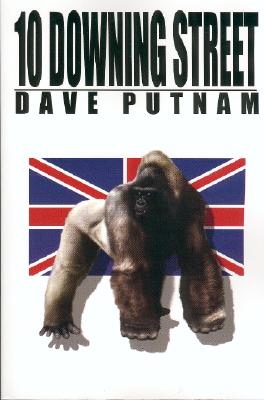 
In the final novel of the Gamekeeper Trilogy, Britain has emerged from the World War as the globe's unrivaled superpower. The British Commonwealth evolves into a one-world government. Ferocious laissez-faire policies eliminate national barriers and restrictions on the flow of capital and labor. Antitrust laws never take root and a new economic system emerges: global monopoly capitalism.
While conventional wisdom holds that war has been banished forever, a communist insurgency secretly grows in Hawaii, unwittingly funded by the government it seeks to overthrow. The insurgency eventually explodes from its island stronghold to plunge the planet into a second world war.
10 Downing Street is an alternate history of the Cold War, but it is barely recognizable as such. Two economic systems are locked in mortal combat. They are not, however, economic systems that we would recognize. Nationalism is not a factor in this economic war. The winning side, whether free market communism or monopoly capitalism, will rule a one-world government from Westminster.