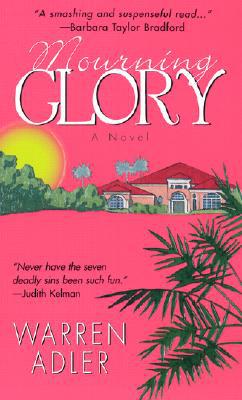 Rules For The Second Wife: 1. It doesn't matter if you lie, cheat, or steal - get the ring. 2. See rule #1. Grace Sorentino has had better days. Her sixteen-year-old daughter is driving her crazy. Her bank account is lower than the tide. And she's just been fired from her lowly cosmetician's job for mentioning the word 'wrinkles' to Mrs. Milton Hyphen-Something. Divorced, broke, and just plain ticked off, Grace is coming up against the hard truth: maybe she hasn't had any better days. But she's about to. Grace is determined to stop being a sap and grab the good life she's always deserved - one filled with fine china, tennis doubles, sandy beaches, and two-cheek kisses. All she has to do is completely reinvent herself as everything she's not and nab a rich Palm Beach widower whose first wife is barely cold. When wealthy, middle-aged widower Sam Goodwin comes along, Grace makes her move. But sometimes what you desire isn't what you need - especially when what you really want is priceless.
Reviews from Goodreads.com