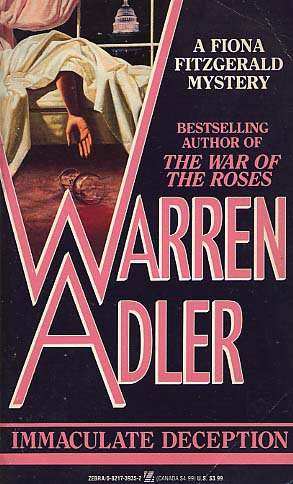 IN THE NATION'S CAPITAL, EVERYONE PLAYS TO WIN....ESPECIALLY WHEN THE GAME IS MURDER!

Congresswoman Frances "Frankie" McGuire was deadset against abortion and let everyone know it ... Until they found her dead in her luxury Beltway apartment. The only clues were a glass of wine laced with cyanide and evidence that she was six weeks pregnant. Suicide or homicide? That's what tough D.C. Detective Fiona FitzGerald had to find out before things heated up on the Hill. As a Washington insider, she knew the stakes were high on this one. Real high. And none of the key players were talking. But Fiona didn't play by the rules when it came to murder. She broke them.
Reviews from Goodreads.com