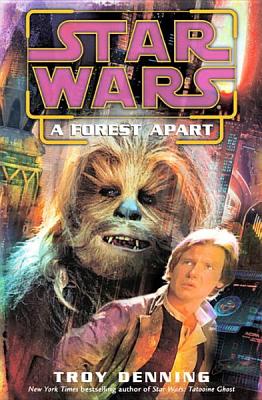 Growing up in the shadow of his heroic father, Lumpawarrump, son of Chewbacca, feels tremendous pressure to match his father’s daring exploits. Chewie’s life-debt to Han Solo keeps him from returning home, and without the steadying influence of his father, Lumpy is unfocused and out of control. So Chewie’s wife decides that a visit to Coruscant is in order. It’s the perfect opportunity for the family to bond—and for Chewbacca to teach his son some much-needed life-lessons.

But when Lumpy’s eagerness to impress his father leads to direct disobedience, Chewie is forced into an extreme pursuit that will lead him into Coruscant’s dangerous underlevels–and to a secret as shocking as it is deadly. . . .

BONUS: This original novella includes an excerpt from Star Wars: Legacy of the Force: Betrayal and an interview with the author.
Reviews from Goodreads.com