The Sleeping Man — To Be Announced 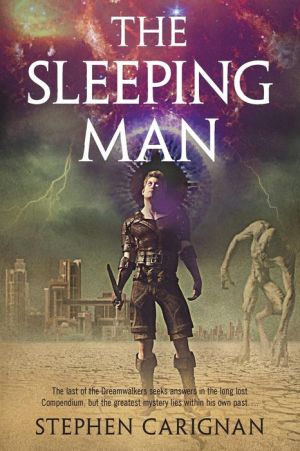 The last of the Dreamwalkers seeks answers in the long-lost Compendium, but the greatest mystery lies within his own past. With no memory, no family, and no allies―only the inherited ability to move from the physical realm into the collective unconscious called the Dreamscape―the Sleeping Man will fight against the conformity demanded by the Volto Empire's black and red standard.

The journey will be long and arduous as the Sleeping Man encounters a race of desert hunters guarding the Compendium, forest-dwelling Leshy who demand to count his rings, and the dreams of the dead.
Reviews from Goodreads.com