The City of Sand — Tianxia Bachang 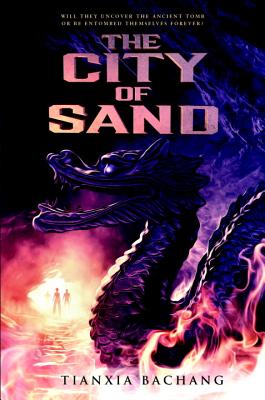 In this heart-pounding adventure, a group of individuals who have come together for an expedition, each with a specific interest, soon find themselves motivated by one common goal: the sheer will to survive.

THE QUEST: To find the lost city of Jingjue, a once-glorious kingdom, along with the burial chamber of its mysterious queen. Both lie buried under the golden dunes of the desert, where fierce sandstorms and blazing heat show no mercy.

THE TEAM: Teenagers Tianyi, who has the ability read the earth and sky through feng shui, and Kai, Tianyi's best friend and confidant; Julie, a wealthy American whose father vanished on the same trek a year ago; Professor Chen, who wants to fulfill a lifelong dream; and Asat Amat, a local guide gifted in desert survival.

THE OBSTACLES: Lethal creatures of the desert and an evil force that wants to entomb the explorers under the unforgiving sands of China's Taklimakan Desert forever.
Reviews from Goodreads.com