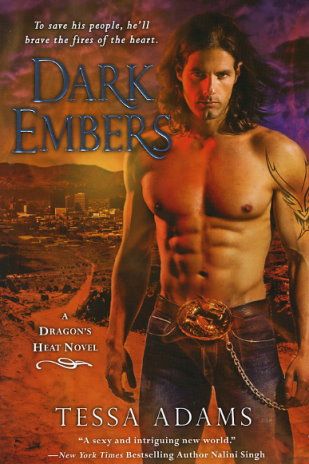 King Dylan MacLeod is one of the last pure-blood dragon shape-shifters in existence -- and ruler of a dying race, the Dragonstar clan. It falls to him to protect his people -- and their ancient magic. He has one more duty: to provide an heir.

Like all dragons, Dylan can only procreate with his destined mate for whom he's searched for five hundred years. His dark, rampant sexual appetite has earned him quite the reputation, all in the pursuit of his one true match.

But his search is delayed when a deadly disease sweeps through the Dragonstars, and Dylan must venture to the human world to find a cure. He tracks down renowned biochemist Phoebe Quillum, never imagining the beautiful scientist will be the mate he's been seeking for centuries. But no sooner do they meet than Phoebe and Dylan are besieged by an obsessive, overpowering sexual desire.

Their passion turns to something truer and they know in their souls and bodies that they're in too deep to get out. And when Phoebe is kidnapped by Dylan's oldest enemy, he must risk everything to reclaim the only woman he's ever loved or his clan will be wiped out forever.