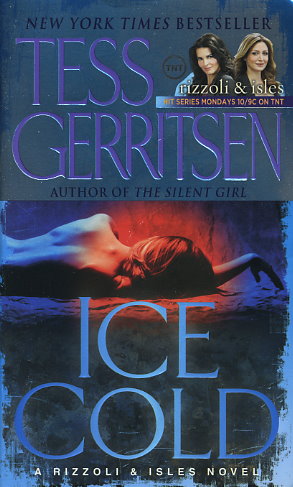 A spur-of-the-moment ski trip becomes a bone-chilling nightmare when a wrong turn leaves Boston medical examiner Maura Isles marooned -- far from home and help -- in the snowbound Wyoming mountains. Seeking shelter from the cold, she and her traveling companions stumble upon Kingdom Come -- a remote village of identical houses that seems to have become a ghost town overnight. But the abandoned hamlet has dark secrets to tell, and Maura's party may not be as alone as they think. Days later, word reaches Boston homicide cop Jane Rizzoli that Maura's charred remains have been found at the scene of a car crash. But the shocking news leaves Jane with too many questions, and only one way to get answers. Determined to dig up the truth, she heads for the frozen desolation of Kingdom Come, where gruesome discoveries lie buried, and a ruthless enemy watches and waits.
Reviews from Goodreads.com

Maura Isles, a Boston medical examiner, attends a conference in Wyoming. She meets a friend from medical school and joins her friend and his companions on a ski trip.

In the heavy snow, they make a wrong turn and become stranded on a deserted road. Seeking shelter, they trudge through the snow and come upon a group of homes but find that the homes are empty and appear as if they had been recently deserted.

One of her companions is injured and when one of the group goes for help but doesn't return, Maura decides that she will ski to a populated area to get assistance.

In Boston, her friend, Daniel Brophy, a Catholic priest that Maura had been seeing, is concerned when she's not on her return flight. When she doesn't answer her cell, he goes to her friend, Boston homicide detective, Jane Rizzoli and aks her help. Jane and her husband, an FBI agent make some calls and become concerned so they travel to Wyoming to search for Maura.

The suspense mounts as the local police don't seem very forthcoming. Then there is the report of finding two bodies burned beyond recognition. Could one of the bodies be Maura's?

The author did a fine job with pacing in the novel. As law enforcement personnel approach the suspected mastermind behind the incidents in Wyoming, the scene is visual and dramatic.

At this point, there was an unexpected plot twist. It succeeded in surprising me but after that the author had one of the major characters having actions attributed to this character that were out of the description of the character and difficult to accept.

Gerritsen covers a number of sensetive issues such as religious cults and the manner in which women can be regulated to lower status in these cults and the children can be neglected or abused.

Overall, a fun read and an interesting progression in the Rizzoli and Isles tradition. 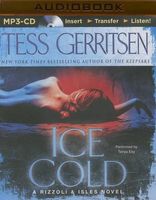