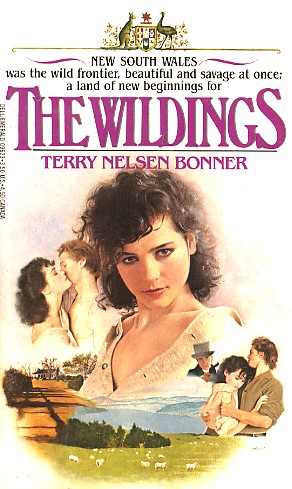 John Wilding, fleeing London and the disgrace of financial ruin, leads his wife and daughters to the land of opportunity--New South Wales.

Victoria Wilding: The vibrant and rebellious elder daughter who casts aside her fears to embrace a dangerous life in the savage outback with the man she adores.

Anne Wilding: Her frail younger sister whose tender strength of spirit prevails before the anguish of the man she loves--a man tormented by a hopeless passion for Victoria.

Rufus O'Shea: Imprisoned for impudent words to a British officer, he is a man who emerges from his ordeal with the resolve to see his dreams come true.

Henry Trask: A man whose tranquil and proper facade masks a brutally violent nature and a passion deadly in its intensity.

The Wildings seek a new life with courage and hope, yet the consequence of one man's obsessive madness will affect them all, including the next generation: two sons born of the Wilding sisters--true Australians.
Reviews from Goodreads.com