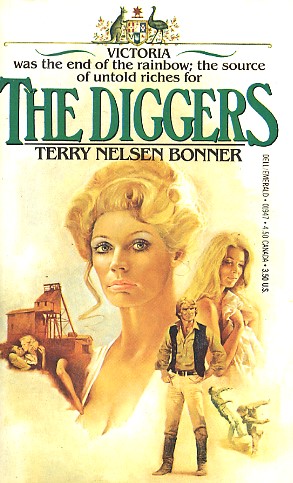 King Kiernan is a product of New York City's tenements, possessing an inner drive for adventure, a burning need for freedom, and the courage and strength of a frontiersman.

Jason Tyler, King's partner, is a former slave who won his freedom at a deadly cost, and will not endure the limits men would place on him.

Miles O'Rourke, an escaped convict, is an Irish rebel who would not bend to Britain's rule despite the loss of his loved ones and the agony of forced labor.

Philip Chase-North is an exiled nobleman fleeing the tragic outcome of an ill-fated love who must confront the question of his worth as a man.

Melissa and Crystal Granville, alluring and spirited sisters, must protect their hard-won success as entrepreneurs against the relentless greed of an ambitious tyrant.

They all seek opportunities to achieve their dreams, to right past wrongs, to heal old wounds--and to find themselves in the gold fields of Victoria.
Reviews from Goodreads.com