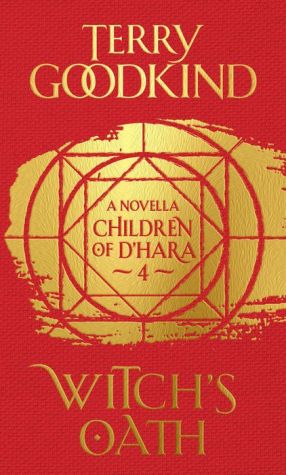 The Children of D'Hara picks up immediately after the conclusion of the Sword of Truth series. This is the story of Richard and Kahlan and their children.

'The Sword of Truth series was my masterwork. Yet, life for these characters goes on after the conclusion of that series. For years readers have been asking about Richard and Kahlan's children. This is that story' TERRY GOODKIND.

In 1994 Wizard's First Rule introduced Richard Cypher, a young woodsman seeking answers and vengeance in the aftermath of his father's murder, and Kahlan Amnell, a mysterious young woman pursued by a bloodthirsty tyrant's assassins.

The Sword of Truth is one of the most ambitious fantasy series ever written. It was a decades-long masterwork that has been translated into 20 languages and sold 26 million copies. After 16 volumes and one novella, it concluded in 2016 with Warheart.

The Children of D'Hara picks up immediately after the conclusion of the Sword of Truth series. The story will be told in installments, as novella-length episodes published every three months. Witch's Oath is the fourth novella
Reviews from Goodreads.com