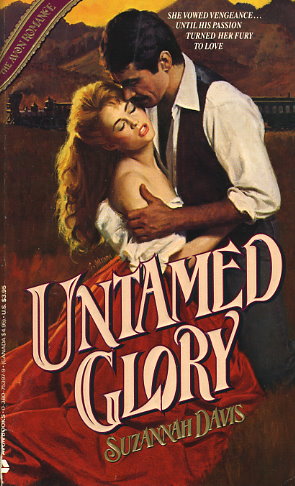 DESPERATE PASSION
Brenna Galloway clung desperately to Rafe Sinclair's hard muscular frame, forgetting for the moment that he was a man she despised -- the right hand of America's most powerful railroad tycoon -- a man responsible for her brother's death.

Forced into marriage by Rafe's unscrupulous employer, Brenna was torn between the ecstasy she found in his arms and the burning distrust that tormented her. Yet from a Texas wilderness of dangerous desperados to the opulent New York battlegrounds of ruthless railroad barons, the were thrown together in a war for survival. And as Rafe became obsessed with his fiery-willed Irish beauty, Brenna yielded to the love she had so long denied.
Reviews from Goodreads.com