Not for Any Price — Suzannah Davis 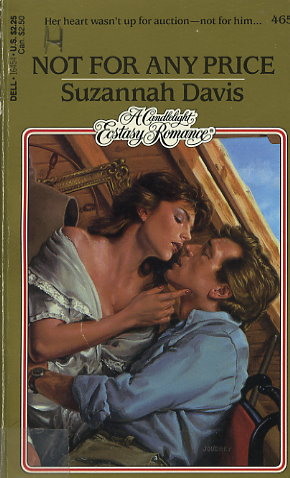 When she tackled him on the crowded Hot Springs, Arkansas, street, she thought she'd caught a thief. Instead, she'd tumbled a handsome winemaker who intoxicated her at first touch. But Rolfe Hart was a stuffed shirt. To see Milly Carter barreling recklessly along in her red Jeep, no one would ever guess at her awesome wealth. She intended to keep it that way. Milly knew there was danger in their differences. But the chemistry that drew them together was too potent to ignore. Could she ever settle down? Could he loosen up? Determined to be loved for herself, not her money, was this the moment for Milly to risk her heart?
Reviews from Goodreads.com