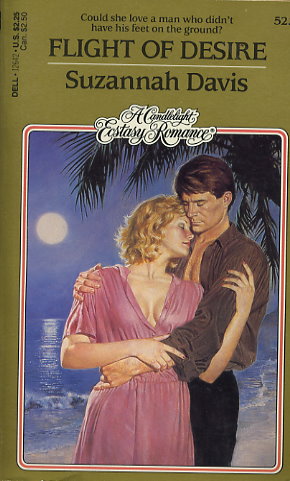 Leia McKenzie had lost all the men in her life to the military--her brother, fiance and her father. When daredevil Navy flier Ross Walker marched into her life, she vowed to keep him at arm's length. But Ross was determined to win her heart. In spite of herself, Leia was swept away. She couldn't say no to love, but she wouldn't say yes to marriage. So she followed her heart until she had to make a choice: to marry Ross or say good-bye. She couldn't live without him, but could she live with her fear of losing him? Could she take a chance on love, however long it might last?
Reviews from Goodreads.com