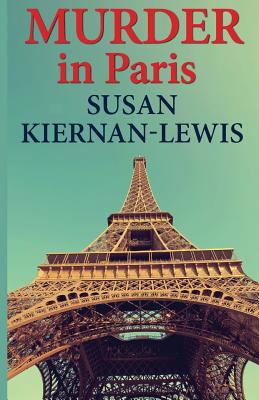 The City of Light is anything but light when a killer stalks the cobblestone streets... For a woman who loves fashion, there is no place on earth more exciting than Paris where the clothes are to die for and everyone you meet is dressed to kill. Maggie's visit to the City of Light in the midst of Paris Fashion Week turns into a nightmare when she witnesses a murder within her own family. Determined to find out who the killer is--before her husband's patience and her marriage expires--Maggie steps into the glittering world of fashion as cutthroat and vicious as any drug cartel.
It could be Maggie's grandest hour-if she can survive it.
The fourth installment in the Maggie Newberry Mystery Series, Murder in Paris takes Maggie back to Paris for a very personal sojourn. This time it's all on the line for our intrepid ex-pat--with a murder that happens close to her--and for a reason that not even the deceased's nearest and dearest would ever suspect.
This book is a clean read: no graphic violence, sex or strong language
Genre: light culinary cozy mystery, women amateur sleuth, cozy animal (dog)