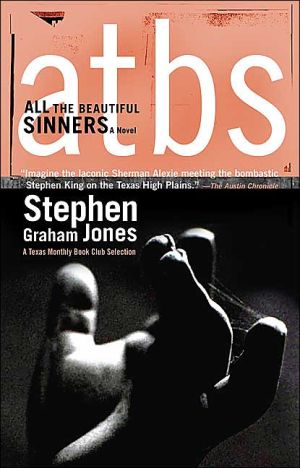 Deputy Sheriff Jim Doe plunges into a renegade manhunt after the Nazareth, Texas town sheriff is gunned down. But unbeknownst to him, the suspect-an American Indian-holds chilling connections to the disappearance of Doe's sister years before. And the closer Doe gets to the fugitive's trail, the more he realizes that his own involvement in the case is hardly coincidental. A descendant of the Blackfeet Nation himself, Doe keeps getting mistaken for the killer he's chasing. And when the FBI's finest three profilers descend on the case, Doe suspects the hunt has only just begun.

But beneath the novel's pyrotechnic plotting, the deeper psychic cadences of Stephen Graham Jones's prose take hold. In time, his specific imagery and telling detail coalesce into the literary equivalent of an Edward Hopper painting. But like the other seminal works in the genre (Fight Club, Red Dragon), All the Beautiful Sinners will unnerve you, and it will then send you back to page one to experience its mysteries all over again.
Reviews from Goodreads.com