I've Got Your Number — Sophie Kinsella 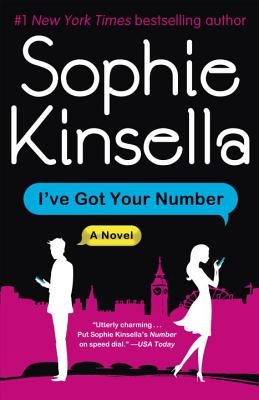 I've lost it. :( The only thing in the world I wasn't supposed to lose. My engagement ring. It's been in Magnus's family for three generations. And now the very same day his parents are coming, I've lost it. The very same day! Do not hyperventilate, Poppy. Stay positive :) !!

Poppy Wyatt has never felt luckier. She is about to marry her ideal man, Magnus Tavish, but in one afternoon her "happily ever after" begins to fall apart. Not only has she lost her engagement ring in a hotel fire drill but in the panic that follows, her phone is stolen. As she paces shakily around the lobby, she spots an abandoned phone in a trash can. Finders keepers! Now she can leave a number for the hotel to contact her when they find her ring. Perfect!

Well, perfect except that the phone's owner, businessman Sam Roxton, doesn't agree. He wants his phone back and doesn't appreciate Poppy reading his messages and wading into his personal life.

What ensues is a hilarious and unpredictable turn of events as Poppy and Sam increasingly upend each other's lives through emails and text messages. As Poppy juggles wedding preparations, mysterious phone calls, and hiding her left hand from Magnus and his parents . . . she soon realizes that she is in for the biggest surprise of her life.
Reviews from Goodreads.com

Loved this book, I highly recommend the read. It is funny, witty, charming, upbeat, up to date, loved it. No sex scenes which was a bummer, but the writing is so good, who cares ( I cant believe I said that). I cant wait to read more of her work.

Reading a Sophie Kinsella novel is like hanging out with one of your best girlfriends. You know, the one who is full of wit and sass and usually flips her long shiny hair back as she regales you with hilarious tales of misfortune. Okay, so I don't really have a friend like that, but I wish I did. This is probably why I enjoy Sophie Kinsella's work.

I've Got Your Number is vintage Kinsella. The main character that normally has her life well in hand is thrust into a situation where everything is topsy-turvy. We are not going to bother with the suspension of belief necessary to throw our main character into chaos, but let it suffice to say that technology is addicting and Poppy Wyatt needs rehab.

Poor Poppy, she has just lot her antique emerald engagement ring and is in a desperate situation. She already feels inadequate compared to her fiance's erudite, elitist and educated family. With the loss of the ring, she'll be seen as even less worthy. And, she still can't believe that an amazing, brilliant, and handsome man like Magnus has asked her to marry him. Things just can't get any worseuntil someone steals her cell phone.

Kinsella deftly exploits our reliance on technology and uses it as a jumping off point. Poppy "acquires" a cell phone that belongs to the White Globe Consulting and she is willing to do just about anything to avoid being "phoneless". What ensues is a relationship between Poppy and Sam Roxton that develops through emails. It's surprising how Kinsella is able to bring a convincing sense of intimacy through these messages. It is also a reminder of how much of ourselves is revealed through writing, whether we realize it or not.

Perhaps my favorite part of this book is the supporting characters. They are so funny. Lucinda, Poppy's wedding planner, has got to be the worst coordinator ever and her colleagues at her physical therapy office are sassy and sexy. I enjoyed the scenes with Magnus's family where Poppy's mishandling of situations often result in anguished mortification. You just want to cringe along with her.

So, is this my favorite Sophie Kinsella? No, that's still reserved for The Undomestic Goddess. But, I did enjoy my time reading this book, like time spent with a girlfriend telling me a story over a chilled glass of white wine.

I’ve Got Your Number is the fifth stand-alone novel by British author, Sophie Kinsella. Poppy Wyatt is in a panic. She has lost the heirloom emerald ring that Magnus Tavish gave her when he proposed. His intimidatingly intellectual parents are due back from Europe, and this will just be proof she’s not worthy of their son. And just when she needs it most, just when someone might need to ring her with news about the ring, some &#@$ steals her mobile phone!

Is it some sort of providence that she spots a mobile phone discarded in a litter bin? Well, guess what! It’s hers now. Although Sam Roxton, a high flier with the White Globe Consulting Group, whose PA threw the company phone in the bin, doesn’t agree. Very reluctantly, he lets Poppy borrow the phone, and with it, access to everything about his life.

Kinsella’s forte is romantic comedy, and she excels herself with this one. There are plenty of laugh-out-loud moments, but there’s also a bit of intrigue, more than a few words of wisdom and the occasional lump-in-the-throat line. And it boasts a hilariously funny wedding scene. Very entertaining. 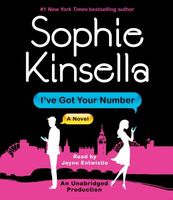 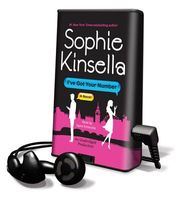