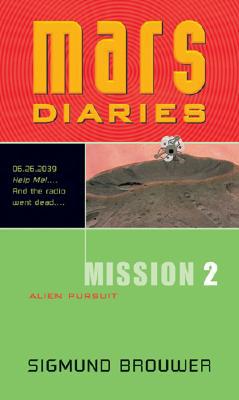 Set at an experimental community on Mars in the year 2039, the Mars Diaries feature 14-year-old virtual reality specialist Tyce Sanders. Life on the red planet is not always easy, but it is definitely exciting. As Tyce explores his strange surroundings, he finds that the mysteries of the planet point to his greatest discovery-a new relationship with God.
Mission 2: Alien Pursuit
Someone is found unconscious in the plant lab. Worse, it looks like teeth and claws have ripped his space suit. It's clear someone-or something-chased him. But who or what? And why? Fourteen-year-old Tyce Sanders does not believe aliens exist, but his discoveries may force him to rethink this view.
FEATURES:
Reviews from Goodreads.com