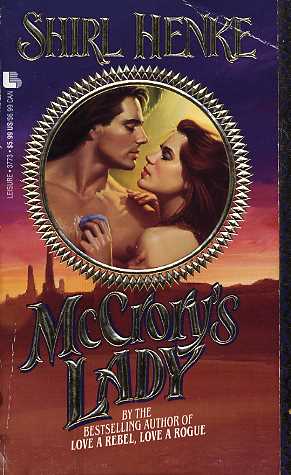 Courageous and cunning, Maggie Worthington had survived alone in the rugged West, earning her keep in frontier cathouses. Once a proper, Boston-bred lady, she was more than a handful for any gunslinger with an eye for trouble. But the sharp-tongued madam finally met her match in a rancher with the burr or a Scotsman and the body of a god.

To save his daughter's tattered reputation, Colin McCrory needed to take a wife. And even though women were scarce in the Arizona Territory, he was certain he could wed one whose past wasn't as sordid as Maggie's. Yet the feisty and defiant beauty's scorching kisses fired his blood as never before, and one night in her silken embrace convinced him that he had to tame her, to possess her, to make her...McCrory's Lady.
Reviews from Goodreads.com