Possessed by a Warrior — Sharon Ashwood 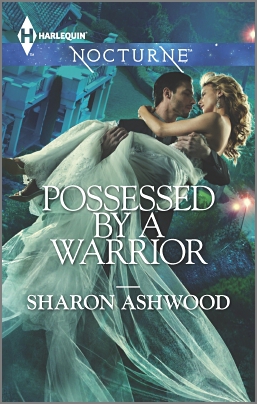 POSSESSED BY A WARRIOR
Chloe Anderson is reeling from her uncle's death. Then she discovers he left her a bejeweled wedding gown with a note warning her to trust only his business partner--mysterious and sexy Sam Ralston. With the intense attraction between them she doesn't know Sam's struggling to hide his fangs. But with murderous thieves hot on their trail, this vampire vows to protect her.

POSSESSED BY AN IMMORTAL
After witnessing a murder, Bree Meadows is on the run with her young son. Dropped in the middle of nowhere, things look grim, especially with her son in need of medical attention. Then she encounters Dr. Mark Winspear. She doesn't care that he's hiding something as long as he's willing to help. But can they deny their attraction long enough to outwit those in pursuit?
Reviews from Goodreads.com