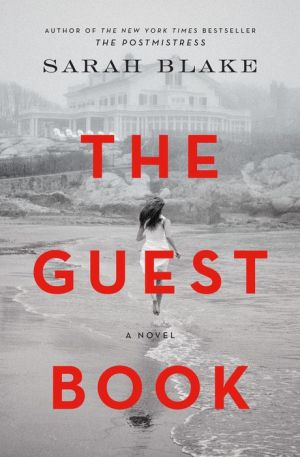 A lifetime of secrets. A history untold.

No. It is a simple word, uttered on a summer porch in 1936. And it will haunt Kitty Milton for the rest of her life. Kitty and her husband, Ogden, are both from families considered the backbone of the country. But this refusal will come to be Kitty's defining moment, and its consequences will ripple through the Milton family for generations. For while they summer on their island in Maine, anchored as they are to the way things have always been, the winds of change are beginning to stir.

In 1959 New York City, two strangers enter the Miltons' circle. One captures the attention of Kitty's daughter, while the other makes each of them question what the family stands for. This new generation insists the times are changing. And in one night, everything does.

So much so that in the present day, the third generation of Miltons doesn't have enough money to keep the island in Maine. Evie Milton's mother has just died, and as Evie digs into her mother's and grandparents' history, what she finds is a story as unsettling as it is inescapable, the story that threatens the foundation of the Milton family myth.

Moving through three generations and back and forth in time, The Guest Book asks how we remember and what we choose to forget. It shows the untold secrets we inherit and pass on, unknowingly echoing our parents and grandparents. Sarah Blake's triumphant novel tells the story of a family and a country that buries its past in quiet, until the present calls forth a reckoning.
Reviews from Goodreads.com

A sprawling book about an American family from the 1930's up to the late 1980's, and the pivot point between these two time frames is August 1959 when everything changes for the family which reverberates through three generations. The Milton family patriarchs were Kitty and Ogden Milton. Milton was a successful commercial banker in New York. He travelled extensively throughout Europe, and especially in Germany, which in 1935 was undergoing a seismic shift in politics and governance with the rise of Hitler. Ogden truly doesn't see the signs and doesn't envision the danger he is subjecting his bank to. Kitty and Ogden have just experienced a great personal tragedy, but both have been brought up to soldier on, don't talk about the past, and make everyone think that you are doing just fine. So the tragedy that happened to their son is covered up and never dealt with. Kitty and Ogden go on to have have two girls and they have their younger son who was there when the tragedy occurred. . They purchase a private island off the coast of Maine, and begin building a dynasty. There are severe cracks under the surface of what looks like a perfect family to outsiders. In 1959, when their children are in their twenties, two strangers come to the island and the whole thing breaks wide open. All the secrecy, lies, and hidden emotions come boiling to the surface, and another tragedy happens. The book ends with the grandchildren trying to piece together what happened to their family. This is a very well-written book with beautiful characters - a sweeping family saga that searches into every crevice and corner of a prominent family's history until the truth breaks out, and that truth is very devastating to the remaining family members. 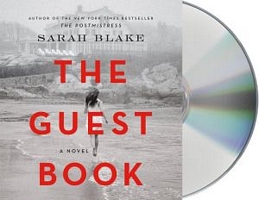