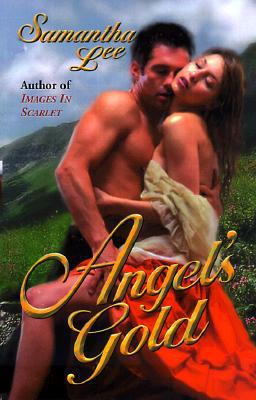 Sold as a young girl, Angeline has waited to reach an age where she can escape her elder "husband," who has so far treated her like a daughter. She sneaks off to an abandoned gold mine near Circleville, Kansas where she finds and hoards gold for the day she can get away.

Her chance comes when outlaw Jesse Cole is literally blown in on a tornado. She hides him in the barn until his injuries heal in the hopes he will take her away with him.

Their escape finally comes after they fall in love, but their troubles have only begun. John Prophet will not allow her to leave, and Jesse has been mistaken for his twin Charlie, who kills a deputy. Using her hoarded gold they flee, but with lawmen, Prophet and Charlie on their trail, the lovers have to run for their lives.

The gold mine depicted in this book actually exists, as does the lost wagon of gold which Charlie has stolen and hidden in a cave in Missouri.
Reviews from Goodreads.com