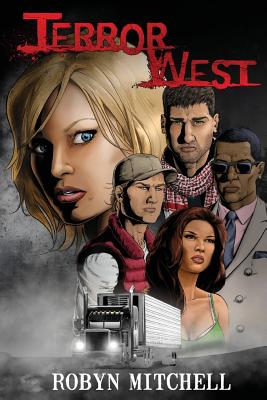 
Shelby Matthews has always been a true-blue American trucker, and now she's taken her patriotism to the next level by earning a DEA badge to go alongside her CDL. Shelby and her best friend and partner, Agent Angelica Brighten, are ready to infiltrate America's drug trafficking system one highway at a time. Their first case is personal, as they zero in on targets Dante, and his new top lieutenant, Shades.
Busting up this particular drug ring would go a long way in getting justice for a dear murdered friend, but the new partners are hard pressed to watch each other's backs when they find themselves at opposite ends of the country. Angelica has her sights set on Dante, Shades, and their Atlanta organization, while Shelby follows their drugs across state lines.
Shelby discovers a new trucking company, Shield Sheik, is transporting something more sinister than drugs, but no one at Homeland Security is interested in the information she's been able to piece together. Will she and Angelica be able to figure out just what Shades and Shield Sheik are planning in time? How much danger is on the horizon for these two friends, their families, and this country?
Reviews from Goodreads.com