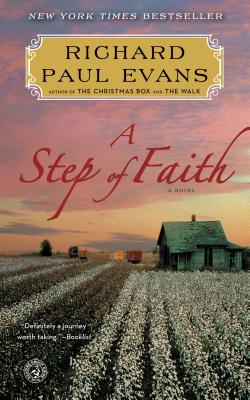 “Life is not lived in the long, downhill stretches of expressways, but in the obscure, perilous trails and back roads where we stumble and feel our way through the fog of our unknowing. Life is not a run. It is just one step of faith after another.”

Alan Christoffersen lost his heart when his wife was killed in an accident almost one year ago. He lost his trust when his business partner stole his advertising business. He lost his home when the bank took his house. So Alan decided to leave his painful memories behind and walk from Seattle to the farthest point on the map, Key West, but in St. Louis, he is forced to stop.

Because his severe vertigo is diagnosed as the side effect of a brain tumor, Alan must go to Los Angeles for treatment. He is surrounded by those who care most for him: his father, who is happy to have Alan back in his childhood home; Falene, who has been by his side through his most difficult times; and Nicole, who helped him recover from a mugging in Spokane. One by one, Alan alienates them all, and he resumes his journey in angry loneliness. The people he meets as he walks the dusty southern back roads have lessons to teach Alan about accepting love. He just has to have faith that life can be worth living again -- and that the woman he rejected will be willing to forgive him.
Reviews from Goodreads.com 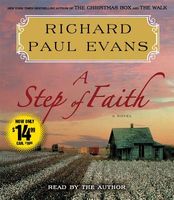