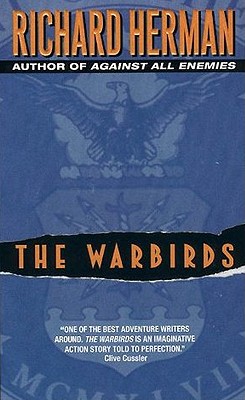 Colonel Anthony "Muddy" Waters has a mission: to mold a company of poorly trained rogues and misfits into heroes. His assignment is one that no other officer in the United States Air Force would touch. But Waters has a fabled stubbornness and dedication unparalleled in the armed services ... and the will to make the impossible possible.

The Warbirds is the breakthrough novel that captures the saga of the F-4 Phantom and the men who made it a legend: like "Muddy" Waters, who must transform the men and women under his command -- Including a superbly talented pilot but loose cannon named Jack Locke-into a fighting force to be reckoned with. Because their country could ask them at any time to fly their F-4s into the eye of the firestorm, to face an overwhelming enemy and brave the flames of hell itself without question and with no support.

Tomorrow that call will come.

And there will be no turning backwhen the heavens explode.
Reviews from Goodreads.com